Home/All, In The News/PEOPLE FOR ANIMALS REACHES MILESTONE IN FIGHT AGAINST COMPANION ANIMAL OVERPOPULATION

Makes biggest dent yet in single year with 20,000 sterilizations

For the first time in its 28-year history spaying and neutering dogs and cats, People for Animals (PFA) has sterilized 20,000 animals in a single fiscal year, preventing the birth of untold numbers of unwanted animals that may have flooded already overburdened NJ animal shelters. PFA is the first veterinary clinic in New Jersey to reach this milestone. To celebrate, PFA will microchip dogs and cats for only $20 in July.

The 20,000th animal sterilized was a feral cat nicknamed “Sneezy” by his caretaker. Sneezy was trapped during a collaborative Trap-Neuter-Return project in Piscataway involving five animal welfare organizations along with community volunteers. The surgery was performed on Thursday, June 20th at PFA’s clinic in Robbinsville.

Trap-Neuter-Return (TNR) involves humanely trapping feral cats, spaying or neutering them, vaccinating them against rabies and other common illnesses, and returning them to their outdoor “home” to live out their lives. A “colony caretaker” then continues to provide food, fresh water and adequate shelter to the colony cats and monitors their health. TNR is proven to be the least costly and most efficient way to reduce feral cat populations. It is also the only humane method. TNR is endorsed by numerous well respected animal welfare organizations including the American Society for the Prevention of Cruelty to Animals, The Humane Society of the United States, and the National Animal Control Association.

There are an estimated 50 million feral cats in the US according to the Humane Society of the United States. Unfortunately, feral cats have reverted to a wild state and are not appropriate as house pets so those that wind up in the shelter system are often euthanized. In 2011, more than 80% of the 30,896 animals euthanized in New Jersey shelters were cats, many of them feral.

For this reason, PFA places special emphasis on developing programs to address feral cat overpopulation in NJ. For example, PFA offers discounted fees for feral cats, providing spay/neuter and vaccination for only $55. The organization also hosts TNR training workshops and loans traps to support those who are trying to help feral cats in their neighborhoods. The next TNR training workshop will be held on Saturday, July 6th at 4PM at PFA’s Northern New Jersey clinic located at 401 Hillside Avenue in Hillside. Registration is not required and the workshop is free of charge.

In addition to these programs, the ASPCA is currently performing a cat behavior study at PFA’s Robbinsville clinic. The “Is This Cat Feral?” study aims to develop a behavioral assessment tool for shelters to use that will accurately distinguish between cats that are truly feral and are best placed in a TNR program,  and adoptable cats that may be acting aggressively out of fear and stress. This tool will allow shelters to better allocate their resources, while preventing unnecessary stress on the cats.

“Feral cats are the offspring of abandoned pets and reproductively intact house cats that are allowed to roam unsupervised,” said Jane Guillaume, PFA’s Executive Director. “People are the reason that feral cats are out there, and it is our responsibility to humanely solve the problem we have created.” 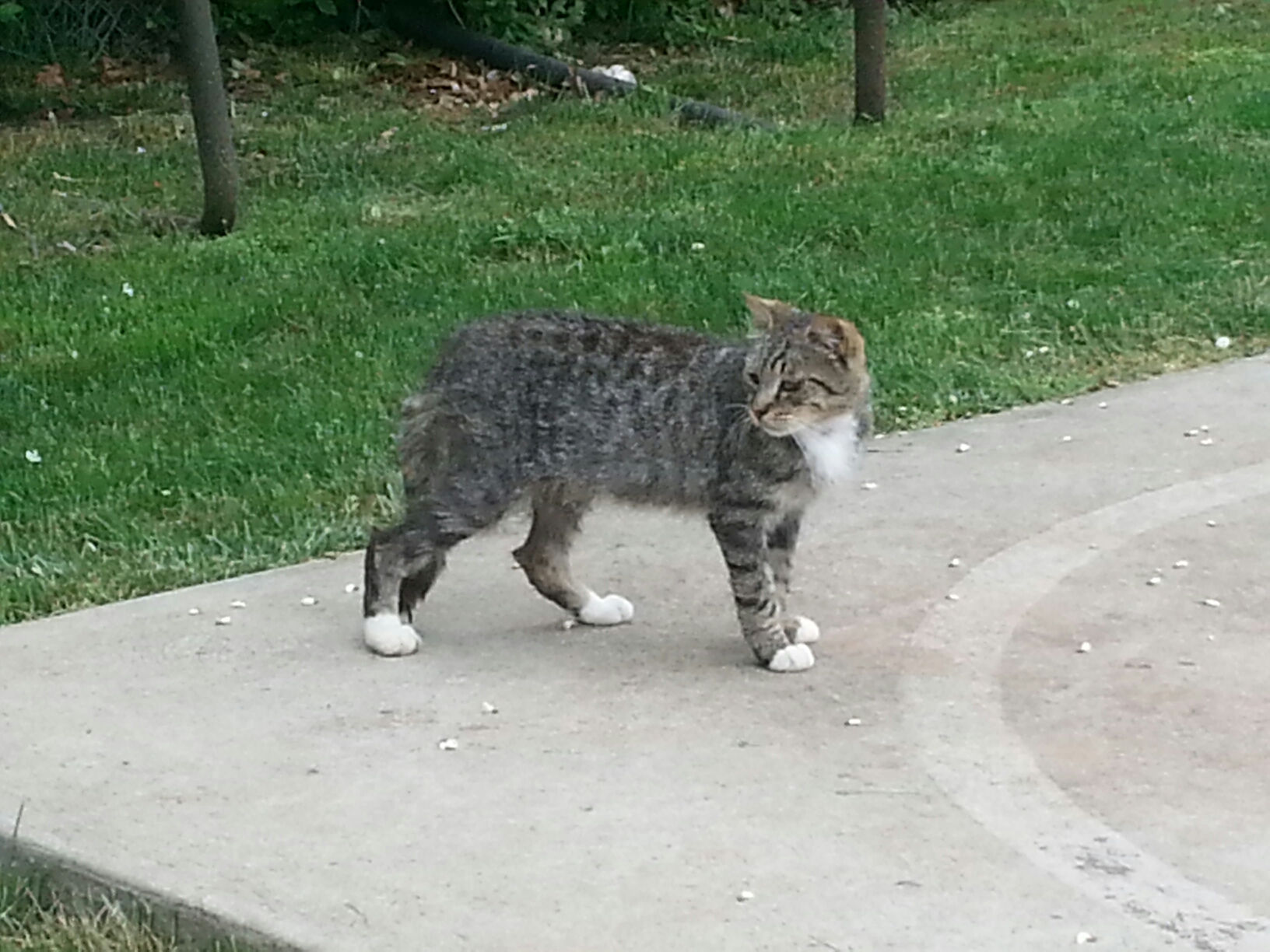 Sneezy, the 20,000th animal sterilized by PFA in its current fiscal year, in Piscataway.